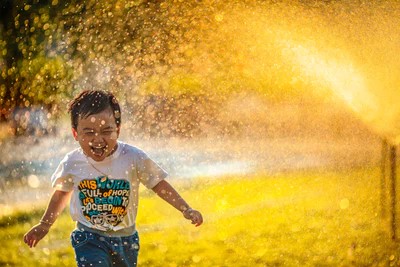 Attention Deficit Hyperactivity Disorder (ADHD) is a developmental disorder characterised by inattention and/or hyperactivity-impulsivity. ADHD is not just a childhood disorder, as it continues through to adulthood. It is usually discovered in school when the child has difficulty paying attention.

In some cases, ADHD is not recognised or diagnosed until the person is an adult. Adults with undiagnosed ADHD may have a history of poor academic performance, problems at work, and difficult or failed relationships.

These symptoms need to be present before age 12 to be diagnosed. Symptoms can appear in ages 3 to 6.

Inattention refers to difficulties in sustaining focus. Symptoms of inattention include:

Hyperactivity is the constant need to move, whereas impulsivity refers to making hasty decisions. Some signs of hyperactivity-impulsivity include:

ADHD symptoms can change over time as a person ages. In young children with ADHD, hyperactivity-impulsivity is the most predominant symptom. As a child reaches primary school, the symptom of inattention may become more prominent. This leads the child to struggle academically.

In adolescence, hyperactivity lessens. Instead the child and may show more restlessness or fidgeting, but inattention and impulsivity may remain. Adolescents with ADHD also struggle with relationships and antisocial behaviors. Inattention, restlessness, and impulsivity tend to persist into adulthood.

Medication can be given to improve thinking and attention. The type of medication and dosage varies between person. Consult with your doctor with the medication that is most suitable for you.

Parents learn to encourage and reward positive behaviours that the child displays. Additionally, they learn to ignore or redirect behaviors they want to discourage. They may also learn to structure situations in ways that support the desired behaviours.

Behaviour Therapy aims to help a person change behaviour through rewards and punishments. Furthermore, the therapist can assist in organising tasks and establishing structured routine.

Recent research has shown encouraging result from the use of neurofeedback technology to treat ADHD. Neurofeedback is a set of brain-computer interface protocol. It has been proposed that neurofeedback is based on principles of operant conditioning and procedural skills learning. Due to these learning mechanisms, neuroplasticity is expected to take place during neurofeedback training either via Hebbian plasticity or anti-Hebbian/homeostatic plasticity.

Some tips for ADHD (child or adult):

Reach out to our specialised therapists at The Therapy Platform

Call us at 66770725 or message our friendly Therapy Support Specialist on our website.

Janna was our in-house blog writer and therapy specialist. She has supported The Therapy Platform users towards successful therapy experience. She is about to complete Master of Counselling.

Self-isolation with My Young Child