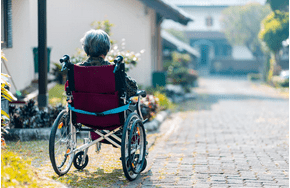 What is Alzheimer’s Disease?

Alzheimer’s disease is a neurological disorder in which the death of brain cells causes memory loss and cognitive decline. It is the most common type of dementia (an umbrella term relating to problems with memory, thinking and behaviour).

Alzheimer’s is a progressive disease. It usually begins with difficulty in remembering recent events and learning new material. As the disease progresses, language problems, disorientation and agitation can occur.

Some symptoms may include:

The exact cause of Alzheimer’s is not fully understood, but researchers focus on two main proteins: plaques and neurofibrillary tangles.

Plaques are leftover beta-amyloid proteins. They build up in the brain areas responsible for thinking processes.

Becoming older increases the likelihood of getting Alzheimer’s disease.

There is no known cure for Alzheimer’s disease, but medications can be given to reduce the symptoms, and maintain mental functions.

Having healthier lifestyle habits can reduce the risk of developing Alzheimer’s disease.

The following modifiers may help:

Reach out to our specialised therapists at The Therapy Platform

Janna was our in-house blog writer and therapy specialist. She has supported The Therapy Platform users towards successful therapy experience. She is about to complete Master of Counselling.

Self-isolation with My Young Child